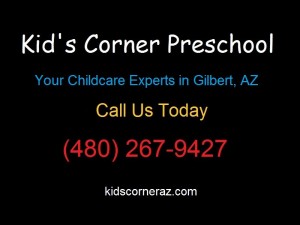 As we stated in our last article, at an early age, children don’t learn by just sitting and having a bunch of facts thrown at them.  Children like to touch, explore, and learn actively. The right sort of play will help your children to develop, as well as thrive.  The right early childhood education facility will even use play as a learning activity.

For example, look at staples of an average preschool. Why are there so many blocks and puzzles around?  Because they help to teach children by using both sight and touch.  When they do puzzles, they’re learning to recognize both colors and shapes.  With blocks, particularly those with shapes or alphabet letters on them, children also learn to recognize symbols as well.  All of these things will help them when they go on to kindergarten and even beyond.  However, look at some of the things a child will learn before they go into kindergarten.

As an adult, you realize that it is important to differentiate between a lowercase letter and an uppercase one.  And you also know that it is a good idea to be able to count to twenty.
Well did you know that a  pre-K education  includes all that and more?  It does.  The more that children learn before kindergarten will make the transition to grade school easier for them.  One of the most important things that they will learn is the use of language.

Language skills are crucial.  It isn’t just for kindergarten and grade school.  Better communicators have better careers, better relationships, and above all are more successful.  And where do they learn language skills?  As part of a good early childhood education.

This concludes part two of our series on pre-K education.  Be sure to read part one and part three as well.